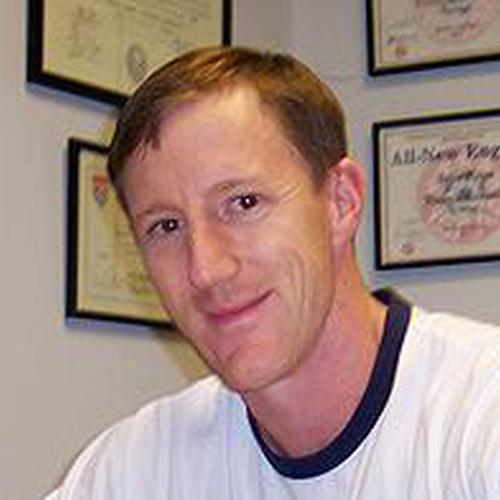 Making the Transition from HS/Club to College

Coaching your team during the COVID 19 Crisis

Geoff Wheeler is entering his 21st season as the men’s soccer head coach at Wesleyan in 2019, as he has compiled a top-notch 164-124-33 overall mark and an 82-79-26 record in the always-competitive NESCAC Conference. The team has compiled 12 winning seasons during the 20-year span, including posting double-digit win totals five times.

Wheeler’s program has become a model of success, qualifying for the NCAA Division III Tournament five times and the NESCAC Tournament on 16 occasions during his watch. In 2015, the Cardinals played the role of underdogs, reaching the NESCAC title game as the No. 8 seed. During the postseason run, the Cardinals ousted top-seeded Amherst, 1-0, in the quarterfinals, and then outlasted second-seeded Middlebury in penalty kicks during the semifinals.

In 2009, Wheeler guided the program to an appearance in the Sweet 16 of the NCAA Tournament, which marked the furthest the program has ever advanced in the national spotlight. The Cardinals finished 12-2-5 while going undefeated in regular-season action (10-0-4) and boasting a 6-0-3 mark in conference tilts.

The Cardinals also advanced to the second round of the NCAA Tournament in 2005, 2006 and 2011, while also qualifying for the big dance in 2012. Wheeler maintains a 4-4-2 record on the national stage.

In 2005, the Cardinals were NESCAC Champions for the first time in program history, as they defeated Amherst, 3-2, in the title game. Six other times, Wheeler has brought his group to the semifinal round of the conference tournament (2003, 2004, 2009, 2010, 2012, 2013). During his tenure, the team has become a force in the NESCAC, winning six or more conference games on seven occasions.

His 2007 team set school marks for consecutive victories (10) and consecutive shutouts (five), while the 2009 squad established the school record for the longest unbeaten streak (15 games) and most shutouts in a season (12).

Before arriving in Middletown, Conn., Wheeler, who holds the rank of adjunct professor of physical education, spent two years as a Stanford assistant coach in 1997 and 1998. He also had coaching stints at his alma mater, Dartmouth, as well as Middlesex School in Concord, Mass.

A 1993 graduate of Dartmouth, he was a four-year letter winner in soccer, helping the squad qualify for the NCAA Tournament twice as well as capture two Ivy League titles. A team captain in 1992, he earned All-Ivy honors and led the team to the Elite Eight in the NCAA Tournament. He continued his playing career in Zimbabwe before returning to the United States to play for the Cape Cod Crusaders of the USISL. After he returned east from Stanford, he suited up for both the Connecticut Wolves and the Boston Bulldogs of the A-League.

He also is the director of the East Coast Soccer Academy, an overnight summer camp at Wesleyan aimed to attract top student-athletes interested in playing at NESCAC or Ivy League colleges. He added regional U-17 ODP coaching to his repertoire in the summer of 2009. In addition to his soccer coaching duties, he was an assistant men's squash coach at Wesleyan from 1999 through 2010, including one season as interim head coach, and earned a master's degree in liberal studies at Wesleyan in 2007.