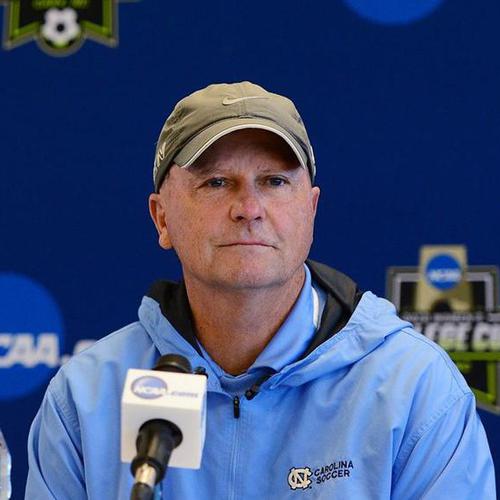 Esteemed Coach Anson Dorrace will be discussing self-coaching. This is something that is very applicable to today’s society. How can we apply it to a players’ program?

Coach Anson Dorrance will use as an example what he did with the 1991 World Cup-winning side. Back in those days, they did not get a lot of time to meet and practice as a team before competitions. It was vital that the players were able to self-coach themselves in order to come into camp fit and ready to play. This forced the team to create a culture where players were disciplined to coach themselves on their own.

Players were actually provided with a guide to self-coach themselves if they were alone, or had a partner to train with.

For individuals that did not have anyone to train with, they could still work on major areas of their game. For ball control and agility, they could jog while dribbling the ball with quick touches; they could head juggle; they could work on trapping by throwing the ball in the air and working on their first touch.

For technical speed and acceleration, they could work on the Figure 8 drill. To do this, put two cones 15 yards apart, and dribble around them as fast as you can, making an “8” around the cones as you do it, 6 times. This can be done with only the outside of the boot, only the inside, only left, etc. For shooting and passing, all that is needed is a wall. So many things can be improved with investment in a wall. You can work on your strike with both feet. You can work on your touch after you strike the ball against the wall. You can work on getting your shot off by passing it off the wall, and then seeing how quickly you can trap, set, and shoot again. Spending an hour a day on the wall can, and will, drastically improve your overall game, and requires almost nothing.

If you have a partner, you can be a bit more dynamic with the things you do. The drill that will improve your game the most is playing 1v1. This will improve almost every part of your game, so doing this on a consistent basis will help dramatically. You can also work on your one touch and two touch passing when you have another person. You can also work on serving over distance. These drills can also teach you about accuracy. You can see how well you are able to one-touch pass accurately or drive over distance with accuracy. You can also turn drills like figure 8 into a competition between the two of you. Another drill you can do would be what we call Twellman. One person is atop the D, just above the penalty box. The other is out wide, close to the sideline. The person atop the D serves a flighted ball to the person on the wing. That person works to bring down the pass, takes no more than 3 touches to serve the box, where the first person is making a run to try and finish the ball, preferable with their head or off a volley. This is a tremendous drill that works on serving over distance with accuracy, first touch, serving the box, and finishing.

These are all things that the ’91 team did on their own in order to prepare for that World Cup. As you can see, a lot of these drills do not even require another person to do them. It is about the inner drive to want to become the best player you can be. That is what those girls did, and that is why they came in fit, and ultimately helped us to win our first World Cup Championship.