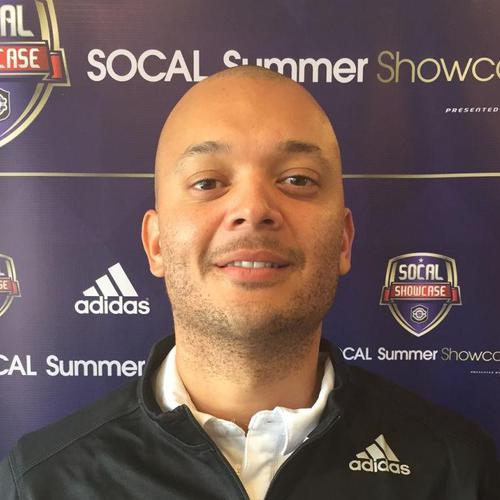 The men's soccer team again remained among the giants of the West Region, once again making it to post-season play in 2019 and finding themselves in the rankings. Ending the regular season on an 8-game unbeaten streak, the Tigers entered the playoffs on a hot streak, unfortunately having an off night, the Tigers fell to a conference foe who ended up going to the NCAA sweet 16. During the regular season, the Tigers played well most of the time, typically dominating opponents in possession and chances created, ending with a strong 10-5-4 regular season, although in the four ties and a few of the losses the Tigers on most days would have pulled out the win. The Tigers even had a tremendous preseason exhibition victory over Division II Biola. In the regular season, Oxy had good wins against midwestern powerhouse and 2017 NCAA tournament participant Lake Forest College, in addition to out of conference wins against Pacific, with dominating draws against strong teams in UC Santa Cruz, Concordia Texas, and George Fox. Nevertheless, the team returns a lot of firepower and experience and is poised to reach the championship game again in 2020.

Wrapping up another top season, coach Lafaurie has continually built SCIAC Championship contenders and a program worthy of Western Region elite status. 2020 is a great chance to prove themselves on a national stage as the Tigers head off to Texas to test themselves against perennial national power Trinity (TX) and 2018 NCAA participant and top program in Southwestern (TX). Then returning home the Tigers will welcome Southeast juggernaut Birmingham Southern, former NCAA champion Wheaton College, and an always competitive UC Santa Cruz in non-conference action. The Tigers are eagerly awaiting the challenge by returning nearly every starter with a good mix of recruits and transfers students. The 2020 Fall Season is poised to be a year where the Tigers move from making a name for themselves in the western region to becoming prominent on the national scene.

A former soccer standout at Mater Dei High School in Santa Ana, Calif. he contributed to two CIF championships teams. As a club player, he guided his teams to two Coast Soccer League Premier titles and two Surf Cup Super Group tournament wins before he continued his soccer career at Cal State University, Northridge, a Division I member of the Big West. During his four-year career, Lafaurie amassed the record for most wins as a goalkeeper in program history, helping the team to perennial top-25 national rankings while consistently participating in the post-season play. Lafaurie was named the 2003 Cal State Northridge Male Scholar-Athlete of the Year for the Matadors as well as Second Team All-Big West member.

After capping off his collegiate career, earning a Bachelor of Arts in History and Communications in 2005, Lafaurie went on to train with the Los Angeles Galaxy as a reserve for a season under Steve Sampson and followed up with a two-year stint in the Premier Development League (PDL). Simultaneously, while playing professional soccer, Lafaurie completed master’s degree coursework in History from CSUN in 2007.

Called one of the finest up and coming coaches in the country, he works with the Region IV Olympic Development Program as a staff coach and previously as a Nevada ODP Head Coach for the Boys Program. Rod currently holds a United States Soccer Federation "A" coaching license and United Soccer Coaches Premier License. Rod also serves as the Academy Director at LA Surf in charge of all elite programing for the largest club in greater Los Angeles. Rod and his wife Graziella live in La Crescenta with their son and daughter.