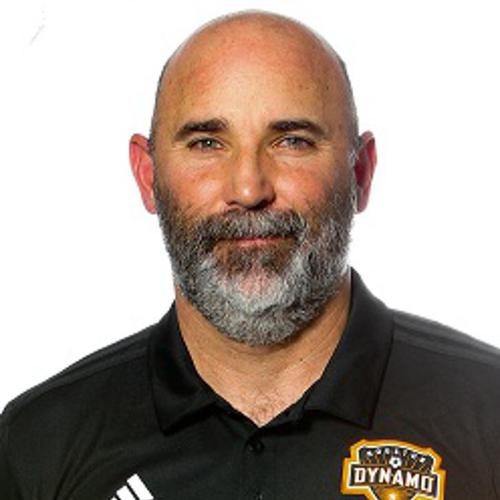 Paul Holocher was introduced as the Houston Dynamo Academy Director in July 2018. As Academy Director, Paul oversees the individual player development initiatives across all age levels including the development of the game model, teaching methodology and staff development while also fostering strong relationships with other youth clubs and academies throughout the Houston and Southeast Texas area.

An avid student of the game, Holocher has traveled extensively around the world visiting various clubs to learn different approaches to player development. Holocher holds a U.S. Soccer Federation (USSF) Academy Director’s License and an ‘A’ coaching license. He also earned the prestigious French Football Federation’s Elite Formation License through the MLS-sponsored program in 2016. Holocher was named USSDA West Region Coach of the Year in 2016 in his most recent role as Director of Formation for the San Jose Earthquakes.

Prior to joining the Dynamo Academy, the Seattle native enjoyed a successful 15-year collegiate coaching career in which he produced a 181-84-32 record while helping develop many future professional players. He began his coaching career at the University of California-Santa Cruz and led them to five playoff appearances in seven years, including a trip to the 2003 National Championship game. During this time, he founded the Catalyst Soccer Club, which focussed on the technical and tactical development of youth players ages 4-14. Paul moved down to Cal Poly, San Luis Obispo 2006 and turned a struggling D1 program into one of the top teams in the West Region, while also helping develop strong youth soccer and fan culture on the California Central Coast.

As a player, Holocher played seven years as a professional in the United States and Europe as an attacking midfielder. He was drafted by San Jose in 1996 as part of the inaugural MLS Draft class and he played in the league’s inaugural game as a member of the San Jose Clash against the DC United on April 6, 1996. Prior to joining the MLS, he was one of the first Americans to play in a European first division club when he signed for FC Admira Wacker of the Austrian Bundesliga in 1993. At the collegiate level, Holocher was an All-American at Santa Clara University and helped lead the Broncos to the 1989 NCAA Co-National Championship with Virginia. He earned one cap with the United States Men’s National Team.