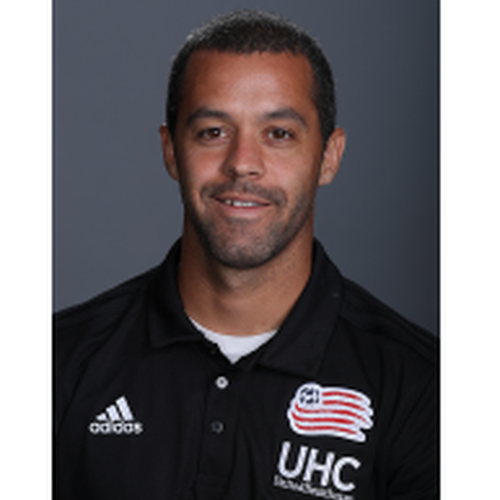 Patrick Ouckama is in his third season with the New England Revolution Academy. He serves as the head coach of the Under-17 team.

Prior to starting his time as a head coach and after the conclusion of the U.S. Soccer Development Academy's 2016-17 season, Ouckama coached a selection of players born in 2003 and later in the Montreal Impact's International U14 tournament, which the Revolution won, defeating Italy's Bologna FC, 1-0, in the final.

From 2015-16, Ouckama served as head coach of men’s soccer for Ithaca College where the Bombers posted an overall record of 14-17-4 and a conference record of 11-2-1. IC played for the Empire 8 Championship in each of his two seasons at the helm.

During his inaugural year in 2015, Ouckama led the Bombers to a 7-8-3 overall record including a 6-1-0 mark in conference play. Under Ouckama's direction, Ithaca captured its first Empire 8 regular-season title since 2008, earning the right to host the conference tournament and defeating Elmira on penalty kicks in the semifinal round. For his efforts, Ouckama was named the Empire 8 Doug May Coach of the year in 2015. In 2016, Ouckama again led the Bombers to the Empire 8 Championships after posting a 5-1-1 mark against conference opponents.

Before Ithaca College, Ouckama coached at the club level at Westchester Soccer Academy, Castleford Youth Soccer Club, and New York Soccer Club. He carries a U.S. Soccer “A” License and is ProZone Analysis Level I Certified.

As a player, Ouckama was a four-year starter for Ithaca from 2001-04 and served as a team captain for three seasons. During his time in Ithaca, Ouckama was an All-Empire 8 selection four times and earned three Northeast All-Region honors. After graduating from Ithaca with a degree in journalism in 2005, he moved on to play professionally for the Baltimore Blast of the Major Indoor Soccer League