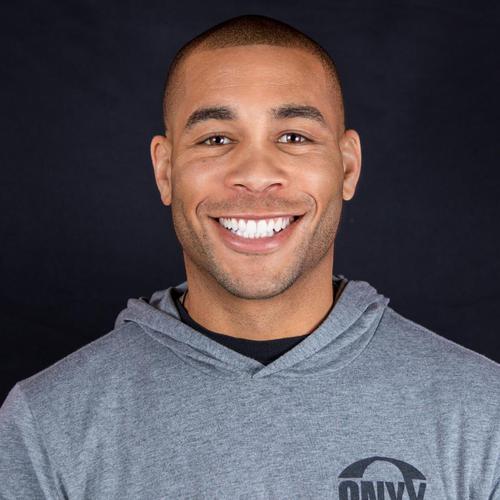 Oguchi Onyewu is a Nigerian-American soccer player born and raised in the Washington DC area. He attended Clemson University in 2000, before deciding to pursue a professional football career in France in 2002.

A former member of the US Men’s National Team, Onyewu spent over 10 years as a US mainstay in defense, staring in both the 2006 and 2010 World Cups. Onyewu enjoyed a 15-year professional career in Europe having played in France, Belgium, England, Italy, Holland, Portugal, and Spain. Some of the world-class teams he has played for are, Newcastle United (England), Standard de Liege (Belgium), AC Milan (Italy), Sporting Lisbon (Portugal), and Malaga CF (Spain).

Oguchi speaks 3 languages, and is very passionate about education and aiding youth. Very strong in his personal faith Onyewu is known for his philanthropic work across a diverse range of charities.

He is founder of G.O. Global in 2013, a non-profit organization that empowers young people through the promotion of health, fitness and wellness in their daily lives. He is also a world ambassador for Grassroots Soccer which is also a non-profit organization that uses the power of soccer to educated, inspire, and empower young people to stop the spread of HIV.

In addition to giving back to the community with his philanthropic endeavors Oguchi Onyewu has also expanded his footprint in the nation by launching his company ONYX Elite, LLC, which is a sports performance, general fitness, and corporate health company. Oguchi is active in giving back to his community and is active in attending local schools to speak to the youth. Future endeavors that Oguchi plans to be involved with range from angel investment, to front office positions in football and ownership stake of sport franchises.