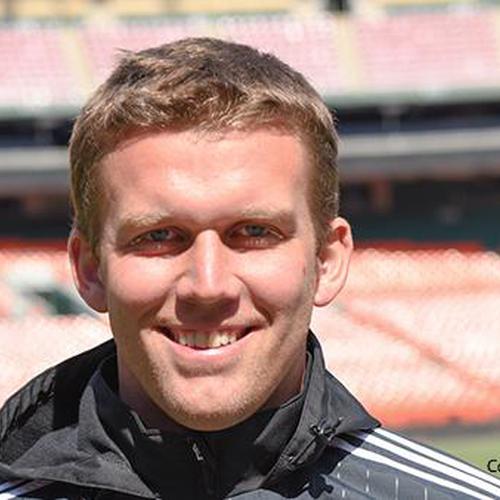 Nolan Sheldon joined D.C. United in 2010 after spending three years as a staff coach for IMG Soccer Academy in Bradenton, Florida. He served as an Assistant Coach for the D.C. United's U16 Development Academy team during the 2010-2011 season and was named the U-18 Developmental Academy Head Coach in 2012. Sheldon completed three seasons as U18 Academy Head Coach and in summer 2014 was named Academy Director, a role he assumed for two years. Sheldon transitioned into an assistant coach under Ben Olsen following the 2016 season.

Sheldon is originally from Moatsville, WV, but has been all over the East Coast for his playing and coaching career. Sheldon played for IMG Soccer Academy as a youth, attended and played college soccer at Wingate University in Wingate, North Carolina, and competed in the Premier Development League (PDL) with the Bradenton Academics. After his playing career, Sheldon began coaching and obtained his USSF A coaching license in 2009.

Sheldon completed and received the Elite Formation Coaching License (EFCL) through a partnership between MLS and the French Football Federation in 2014 and recently completed US Soccer's Academy Director's Course in 2016.

Sheldon lives in Bethesda, MD with his wife Alexis, their daughter Emeline Jane, and sons Peter Clarence and Timothy Lawrence.