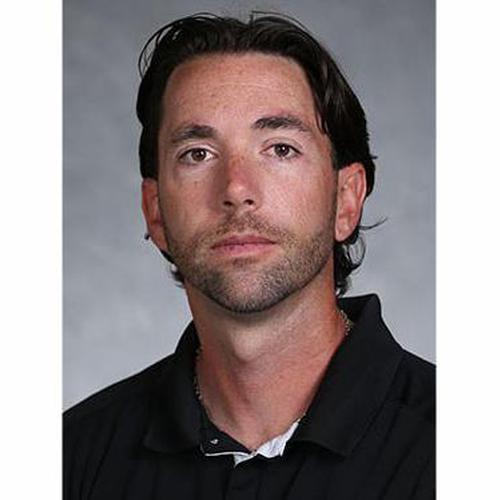 Sports Psychology: Using the Tools You Already Have

Lessons Learned From The Players

Mike Singleton will begin his sixth season as W&L's Head Men's Soccer Coach during the 2019 season. Over his first five seasons, he has led the Generals to 71 wins, two ODAC titles and four trips to the NCAA Division III Tournament.

Singleton's fifth season at the helm marked a historic year for the Generals. He led the team to a 14-3-2 record and a 9-0-1 mark in the ODAC, the second undefeated season in conference play in the last 20 years (10-0-0 in 2015). In addition, the Generals ended the year on a 15-game unbeaten streak, breaking the program record of 12 set in 2000, as the team went 13-0-2 to end the season. Under Singleton's leadership, the Generals won their fifth ODAC championship and advanced to the NCAA Tournament for a program-record fourth consecutive season. Singleton also claimed his second ODAC Coach of the Year award and coached senior midfielder Dylan Ritch '19 to D3soccer.com First Team All-America honors, the first All-American for the program since 2007. A program-record eight players were named to the All-ODAC teams, including Ritch being named the Player of the Year for the second time in his career, while first-year defender Jack Rawlins '22 claimed Rookie of the Year laurels.

The 2017 season yielded Singleton's third straight year with at least 15 wins as the Generals advanced to the NCAA Division III Third Round for the first time since 2000, dropping a 3-0 decision to North Park after falling in the ODAC championship game, 2-1, to Lynchburg. Under Singleton's guidance, junior midfielder Will Hamryka '19 was named the first Scholar All-American in program history, earning second-team honors from the United Soccer Coaches. In addition, Singleton and his coaching staff were named the United Soccer Coaches South Atlantic Regional Staff of the Year. Six players received All-ODAC laurels, including Hamryka and Oliver Dolberg who were both named second-team All-Region.

Singleton’s 2016 squad went 15-5-2 overall and made its second straight appearance in the ODAC Championship game. The Generals received an at-large bid to the NCAA Tournament and advanced to the second round before falling to Franklin & Marshall, 2-0. Singleton mentored seven all-conference honorees, including Dylan Ritch ’19, who earned ODAC Player of the Year accolades. W&L was ranked as high as fifth nationally and finished the season 24th in the NSCAA Poll.

In 2015, Singleton tabbed Coach of the Year after leading the Generals to the program's fourth ODAC title and a berth in the NCAA Tournament. The Blue and White defeated Methodist, 3-0, in the first round of action, but fell to Haverford, 2-1, in the second round. W&L finished the season with a 16-4-2 overall record and seven Generals earned all-conference honors, along with Ben Bayles '16 being named Player of the Year.

Singleton led the Generals to an 11-5-2 overall record and a 6-4-1 mark in conference play in his first season. W&L advanced to the semifinals of the ODAC Tournament, before falling to Roanoke, 5-1.

Singleton previously served as the head coach at Massachusetts Institute of Technology (MIT), where he led the Engineers to a 35-18-4 record, one New England Women's and Men's Athletic Conference (NEWMAC) Championship and two NCAA Tournament berths in three seasons (2011-13).

Singleton's 2012 and 2013 teams both finished with identical 13-5-2 overall records and advanced to the NCAA Division III Tournament. MIT won the 2012 NEWMAC title before bowing out to Oneonta State in the first round of the NCAA Tournament. His 2013 squad won the NEWMAC regular-season title with a 6-0-1 league mark and received an at-large bid to the NCAA Tournament after falling in the conference final. The season ended with a 2-0 loss to Western New England in the opening round of the NCAA Tournament. Singleton was awarded the league's Coach of the Year Award for his efforts. Additionally, two different Engineers earned All-America honors during his time there.

In addition to coaching the Engineers, Singleton also served as the executive director of the Massachusetts Youth Soccer Association since 2010, overseeing the staffing and day-to-day operations, and managing a $10 million field complex. For the seven years prior, he had served as the association's head state coach and director of coaching.

Singleton is also a United States Youth Soccer Region I ODP Senior Staff Coach, the U16 Region Head Coach, as well as a United States National Staff Coach, working as both a coach and psychologist at the U14 National Camp and helping to construct National license courses. Singleton has also served as a technical committee member for both the 2005 CONCACAF Gold Cup and the 2003 Women's World Cup.

Singleton is a 1995 graduate of the University of Pennsylvania with a bachelor of arts in psychology and English. He earned a master's degree in clinical psychology from Purdue University in 1998.