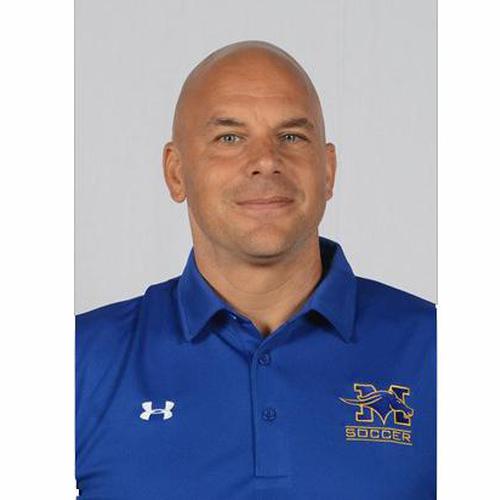 DiBernardo's men's soccer team ran the gauntlet in 2019, going a perfect 18-0 en route to the program's first-ever NJCAA Division I Men's Soccer Championship. The Mustangs won the 2019 Region XV Championship before making quick work of the East District Championship Tournament, ranking No. 1 in the NJCAA throughout the entire regular season and postseason and qualifying as the top seed for the 2019 NJCAA Div. I Men's Soccer Championship tournament. The Mustangs ran through pool play with a pair of 4-0 wins over Muskegon Community College and Iowa Western Community College, before also shutting out Illinois Central College in the semifinals. Monroe battled against Eastern Florida State College in the national title game, but a penalty-kick goal by Tobias Pellio with five minutes to play to capture a 2-1 victory and the Mustangs' first title in program history.

DiBernardo pulled off a feat that many would view as impossible in 2018. Coaching both the men's and women's soccer programs, he steered both teams toward national prominence. The women's team did not lose a single game, going 16-0-1 to claim its second-ever NJCAA Div. I Women's Soccer Championship, while the men's team made a run to the NJCAA Div. I Men's Soccer Championship semifinal before falling in a close matchup to eventual champion Pima Community College.

Coach DiBernardo began his coaching career as a teenager, coaching in the local soccer club that his father had founded. He later moved on to a successful playing and coaching career at Central Connecticut State University, a member of NCAA Division I and the Northeast Conference. After his time at CCSU, Coach DiBernardo led numerous high school and club teams to earn titles throughout Connecticut and New York. He holds a United States Soccer Federation Coaches License, NSCAA National, Advanced and Premier Diplomas, and a Bachelor’s Degree in Physical Education with a minor in Athletic Coaching.

Coach DiBernardo’s view on the game is simple: “Soccer is like a great orchestra; in order to make beautiful music, it must be a completely synchronized effort from the entire group. The players that make up the group must understand that the team is the priority, and not the individual."