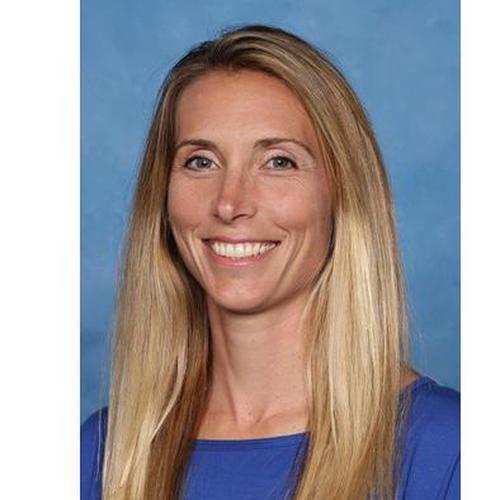 The winningest coach in San José State women's soccer history, Lauren Hanson wrapped up her sixth season at the helm in 2019. A two-time Mountain West Coach of the Year, she has guided the program to unprecedented success including two Mountain West Tournament titles (2015 and 2018) as well as a regular-season title (2017), and two NCAA postseason appearances. Her 40 regular-season conference victories are the most by any head coach in Spartan women’s soccer history, and her 35 wins in the last five seasons are tied for the most in the 12-team league. The Spartans advanced to their fifth-straight Mountain West Championship Tournament in 2019, and are the only team in the league to play in the tournament in each of the last five seasons.

Franklin was named to the 2018 First Team for the second-straight season and was the 2017 Defensive Player of the year just two years after being in discussions for Freshman of the Year as a forward. Other latest all-conference selections include Amarikwa and Jamilecxth Becerra, the 2017 Newcomer of the Year. Former Spartan keeper Zoe Makrigiannis ended the 2015 regular season with seven shutouts and was the Mountain West Defensive Player of the Year as well with Hanson's guidance.

Other outstanding individual accomplishments for Hanson’s players include Dorthe Hoppius’ invitation to compete for her native German Women’s National Team at the FIFA U-20 Women’s World Cup, and Darriell Franklin’s invitation to train with the United States’ Women’s National U-20 Team. Hoppius also became San José State’s first player to become an NSCAA Scholar All-American, one of 33 Division I players in 2016 to do so. Hoppius, along with fellow 2017 All-Mountain West First Team selection Myia Wilkes currently play for first Division German Club: MSV Frauen Offiziell.

SJSU's defense has become one of the elite units in the Mountain West under Hanson's tenure. In her six seasons, she has tallied 46 shutouts, including the record-setting 11 in 2018. The Spartans have the second-most shutouts in the league over the last two seasons (19).

On October 20, 2019, Hanson became the program's all-time winningest coach with a 2-0 win over Nevada at the Spartan Soccer Complex for her 54th career victory. The win broke a tie with Philippe Blin for the record. Earlier in the season, she became the third-fastest among active Mountain West coaches to reach 50 career wins. Three Spartans on the 2019 squad picked up all-conference awards with Amarikwa taking home first-team honors in addition to the Defensive Player of the Year Trophy. Karlee Pottorff was a second-team selection and freshman Sabrina Weinman earned a spot on the all-newcomer squad. The Spartan Defense posted eight shutouts on the season, the second-most in program history.

In 2018, Hanson led the Spartans to a 9-7-6 record, their second Mountain West Tournament Championship and to the first round of the NCAA Tournament. SJSU’s defense was among the very best in the nation as they led the conference with 11 total shutouts, including a Mountain West record eight in league play. Heading into the NCAA Tournament, the Spartans’ 11 shutouts were tied for the fourth-most in the nation and their goals-against average of .620 ranked in the top-25 nationally and led the conference. In addition to Simoneau, Franklin, and Amarikwa, she guided freshmen defenders Jada Wilson and Hannah Mathews to All-Conference recognition. Her squad won the conference tournament championship as a four-seed, becoming the first Mountain West team to do so since 2004.

Hanson was named the Mountain West Coach of the Year for the second time in three seasons in 2017 after guiding the Spartans to a 9-1-1 record during league play. The team finished on a seven-game unbeaten streak and won every Mountain West match played at home. Hanson did it with proven leaders such as the 2017 Defensive Player of the Year Darriell Franklin and All-MW First Team players Dorthe Hoppius and Myia Wilkes. However, she also started multiple freshmen in six league matches and had three or more underclassmen on the pitch to start eight contests. Hanson plugged in seven different starting lineups throughout the conference play.

Hanson, the winner of NCAA Women’s College Cup championships as a coach and player, was made the sixth head women’s soccer coach at San José State University on December 18, 2013.

The 2015 Mountain West Tournament title, won against San Diego State at the SDSU Sports Deck, was the first MW championship for any sport at SJSU since aligning with the conference in 2013. It was just the second time in program history (16 years) that San José State had reached the postseason.

The Spartans blew the seventh-place MW preseason prediction out of the water that year by finishing 8-3-0 in conference play. Eight wins in conference play were the most in program history, one of many records broken during the team’s run in 2015.

SJSU finished 3-14-1 overall the year prior to Hanson and her staff’s arrival. In the first year under Hanson’s direction, the team had a marked improvement in a number of statistical categories that led to an 8-8-3 overall record. That year, the Spartans doubled their offensive output, scoring 22 goals after just 10 went into the net in 2013. The defense also saw a huge lift, allowing 18 goals when the year before it gave up 33.

Hanson won both of her NCAA Women's Cup championships with the University of Portland. In 2005, she was an assistant coach with the Pilots and in 2002, was the team captain of Portland's championship team. Her college coaching career began at her alma mater in 2004.

As the University of Oregon's Associate Head Coach from 2009 through 2011 seasons, she coached the Ducks' backline and was the program's recruiting coordinator.

Hanson also has national team playing experience. She was a member of the United States Women's National Team in 2001 and competed on the U-18 and U-21 U.S. women's national teams.

Hanson played one season professionally after she was the ninth overall selection in the 2003 Women's United Soccer Association (WUSA) draft by the New York Power.

A native of Lake Forest, Calif., Hanson graduated from Portland in 2003 with her Bachelor of Arts degree. She and her husband, Travis, have two children, Cole and Taylor.