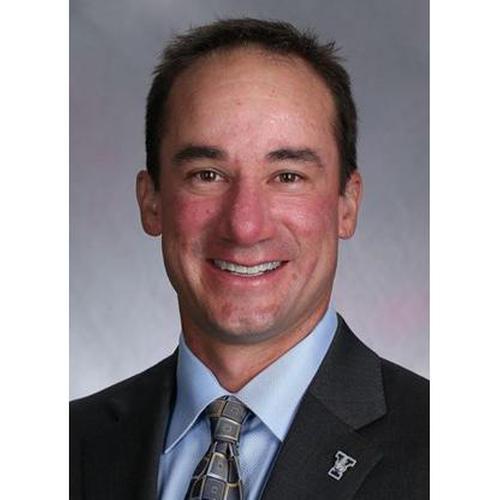 Kylie Stannard, who begins his sixth season as the 5K Corral Head Coach of the Bulldogs in 2020, has returned the Yale men’s soccer program to national prominence. In the two seasons prior to his arrival, the Bulldogs won a total of five games. Since, Stannard has directed a remarkable turnaround that includes a memorable 2019 season that saw the Bulldogs capture their first outright Ivy League title since 1991, match the school record with 13 victories and earn the school’s first NCAA Tournament appearance since 2005.

Stannard was rewarded by being named the 2019 Ivy League and New England Soccer Journal Coach of the Year. He guided the Bulldogs to a 13-3-2 overall record, including a program-record 11-game unbeaten streak to open the season, and a 6-1 Ivy League mark which matched the best in school history. Yale was nationally ranked for much of the season, reaching as high as No. 21, finished 12th in the nation in goals-against average and 13th in winning percentage.

The success was the result of Stannard’s drive and passion for the game. Prior to 2019, the Bulldogs had improved their overall win total in each of the previous three seasons, and in 2018 posted their first overall winning record since 2011. In 2017, Stannard led Yale to its highest league finish (third) since 2005.

Stannard has been bringing talented and diverse student-athletes to Yale since his arrival. His Class of 2021 was ranked No. 23 in the nation by TopDrawerSoccer.com, and he followed that up with deep and strong Classes of 2022, 2023 and 2024. The Class of 2024 is ranked No. 19 in the nation.

Stannard’s teams also have excelled in the classroom. The Bulldogs have earned Team Academic Award honors from the United Soccer Coaches in each of the last three years.

National success is nothing new for Stannard, who as associate head coach helped guide Michigan State to back-to-back Elite Eight NCAA Tournament appearances in 2013 and 2014. Stannard, who spent a total of six years at Michigan State as a member of Damon Rensing’s staff, brought impressive credentials to New Haven. The Spartans made five NCAA Tournament appearances during Stannard’s tenure and won a Big Ten Tournament title in 2012. MSU posted an overall record of 69-43-18 in his six seasons and led the nation in shutouts over his final two years with a total of 26.

Stannard was promoted to associate head coach at MSU prior to the start of the 2014 season, working under Rensing, one of the most successful coaches in the nation. In 2014, Stannard helped Michigan State earn the No. 3 overall seed in the NCAA Tournament and advance to the Elite Eight for the second straight year, one of only two teams in the nation to make back-to-back appearances in the quarterfinals.

In 2013, Stannard was instrumental in helping MSU in a record-breaking season. The Spartans won a program-record 14 games en route to the NCAA quarterfinals, their first appearance in the round of eight since 1968.

Following the season, Stannard was named the 2013 Great Lakes Region Assistant Coach of the Year by the National Soccer Coaches Association of America (NSCAA) and was named one of the Top-15 assistant coaches in the nation by College Soccer News for the second consecutive year.

Stannard consistently recruited the nation’s top players to Michigan State. During his tenure, the Spartans had four top-40 nationally ranked recruiting classes, including the No. 8 class in 2012.

Michigan State also enjoyed tremendous success in the classroom in Stannard’s six years. The Spartans were honored with three NSCAA Team Academic Awards and posted a team GPA of 3.0 or higher every year since 2011.

Prior to Michigan State, Stannard spent four years as an assistant coach at Northern Illinois where he worked under two-time MAC Coach of the Year Steve Simmons. The Huskies won a total of 44 games in the four seasons of Stannard’s tenure, advanced to the second round of the NCAA Tournament in 2006 and were nationally ranked in each of his four years. NIU was the 2006 MAC regular season and tournament champions and also had a pair of second-place finishes. In 2006, the team posted a school-record 14 shutouts, which tied for the most in the nation, and in 2007, NIU had a top-40 nationally ranked recruiting class.

In addition to his collegiate coaching experience, Stannard has served as a US Soccer scout for the Great Lakes Region since 2012. In addition, he was the head coach for the National Premier Soccer League’s Detroit City FC, leading the team to a second-place finish and a 5-2-5 overall record in its first year.

Stannard, who holds a USSF National “A” Coaching License and an NSCAA Premier Diploma, also has worked with the Region II (Midwest) Olympic Development Program, the Illinois and Nebraska ODP programs and was the co-director of coaching for Nebraska FC. In addition, he has several years of head coaching experience at the club level.

Stannard is a 2001 graduate of Creighton University where he played soccer for four years. With the Bluejays, Stannard became accustomed to success as Creighton reached the NCAA quarterfinals twice and advanced to the Final Four in his freshman season. In all, the Bluejays won 60 games in his four-year career.

Stannard is a native of Cedar Rapids, Iowa, where he earned first-team all-state, all-metro, and all-district honors while at Washington High School and is a member of the school’s Hall of Fame.

He earned his master’s degree in sports management from Northern Illinois.

Stannard is married to the former Alicja Czajka, who was a track & field standout at Northern Illinois. Alicja is currently an Assistant Professor of Exercise Science at Sacred Heart University. The couple welcomed twin daughters, Alexandra and Gabriella, in May of 2019.