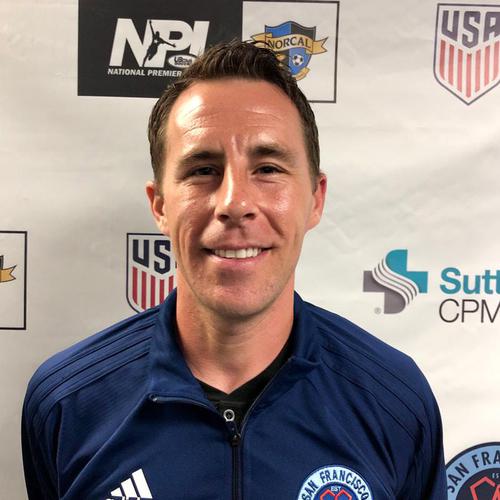 Justin just finished his first season at the women's program as a goalkeeper and assistant coach at the University of San Francisco. That year he coached goalkeeper Olivia Camera, who was announced to the WCC's Honorable Mention Team and WCC Conference Player of the Week honors and started every game for the Dons.

Before committing to the University of San Francisco, Justin Howell was the Technical Director and Director of Soccer Operations for the semi-professional academy Toronto Skillz FC in Canada. Previously, he was the head coach of the reserve team, senior women’s provincial team, and head goalkeeper coach at the academy.

Before Toronto, Justin was a volunteer assistant coach and goalkeeper coach with the women’s program at George Washington University (2010-11) and the University of Kansas (2011-12), where they hosted the NCAA tournament for the first time in their program's history.

Justin’s playing career consisted of being a part of the Generation Adidas Elite Soccer Program in 2001-2002 where he competed with the top 15 goalkeepers in the country. He played collegiate at Drake University where he was lettered for Bulldogs from 2004-08.

After his collegiate playing days, Howell had professional trial opportunities with the Minnesota Thunder, Charleston Battery and Jönköpings Södra in Sweden’s top flight. He was able to pursue a starting position with the Thunder before injury led him to continue his love and passion for the game as a coach.