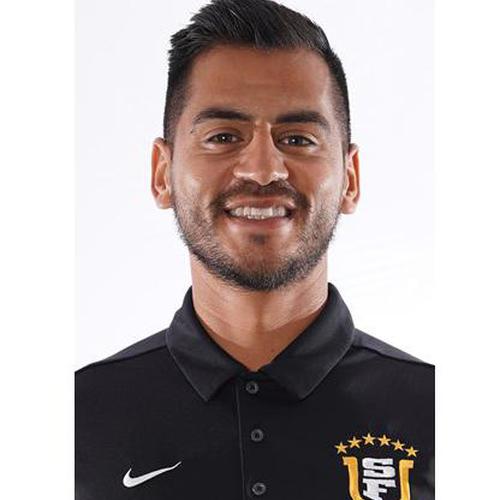 Identifying Space when Building out of the Back

Javier Ayala-Hil, who served as the head coach for San Francisco State men's soccer program for three seasons, has been named assistant coach at the University of San Francisco, announced on Tuesday by head coach Leonard Griffin.

"I am thrilled to be able to work alongside Javier again. It was a memorable experience working with him under California's head coach Kevin Grimes and helping the program reach to the Elite 8. Javier's ability to recruit elite student-athletes, his detail in video analysis, and ability to run group training sessions made him an easy choice," said head coach Leonard Griffin.

During Ayala-Hil's three seasons at SF State, he was named CCAA Men's Soccer Coach of the Year in 2017 after guiding the team to a CCAA Championship Semifinals. During the same year, he led the Gators to a program's best start in school history with a 5-0 start and, on the final day of the regular season, and clinched a postseason berth for the first time since 1978.

Ayala-Hil spent a season as a high school varsity coach at Miramonte High School in Orinda, Calif. and was the youth head coach for the Lamorinda Soccer Club in 2011.

Ayala-Hil was a four-time letter winner and First Team All-Pac-10 honoree at Cal. Following his collegiate career, Ayala-Hil was drafted in the second round of the 2008 MLS Supplemental Draft by Chivas USA and continued playing professionally for Bayamon FC in Puerto Rico and Luckenwalde FSV 63 in Germany's Oberliga.

"Javier has a fantastic reputation here in the Bay Area for not just being a great soccer coach but also someone with high character, integrity, and leadership ability. I'm confident he will help the University of San Francisco men's soccer program reach its full potential. I'm excited to welcome Javier and his family to the Hilltop!" added Griffin.