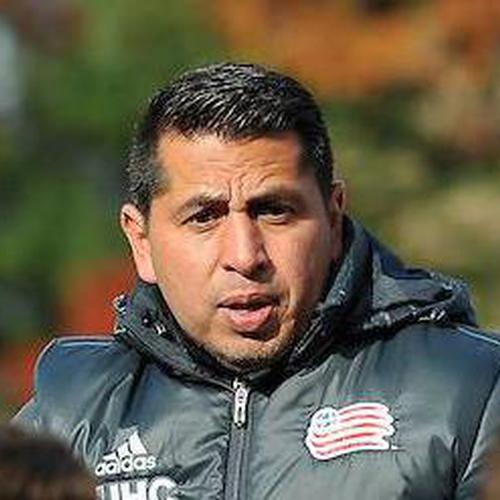 Jasir Charris is in his 10th season as a coach with the New England Revolution Academy, having joined the Player Development Program staff in 2010. Charris is now in his second season as an assistant coach with the U-19s, U-17s, and U-15s. Since 2013, he has also worked alongside Gary Hall in scouting for the Academy teams.

A lead coach with the Regional Development School (RDS) goalkeeper program, Charris heads all of the goalkeeper clinics and development sessions throughout the year for the Revolution Academy’s commercial training program. In 2019, he traveled to Munich, Germany to take part in a week-long advanced goalkeeping education program with the German Football Association (DFB / Deutscher Fußball-Bund), in partnership with Major League Soccer and Adidas.

Charris has also been the assistant/goalkeeper coach at Assumption College since 2015.

Prior to joining the Revolution, Charris coached at all levels of youth, high school, and club soccer, including stints with Explosion FC, Central Falls High School, and Fitchburg State College.

Charris holds a U.S. Soccer Federation 'B' License, NSCAA Regional “C” and NSCAA National Goalkeeper diploma, and was certified by R.C.D. ESPANYOL OF BARCELONA S.A.D. He also received a certification of technical and tactical education from Real Madrid.

Charris and his wife, Paola Salgado, have three sons and live in Pawtucket, R.I.