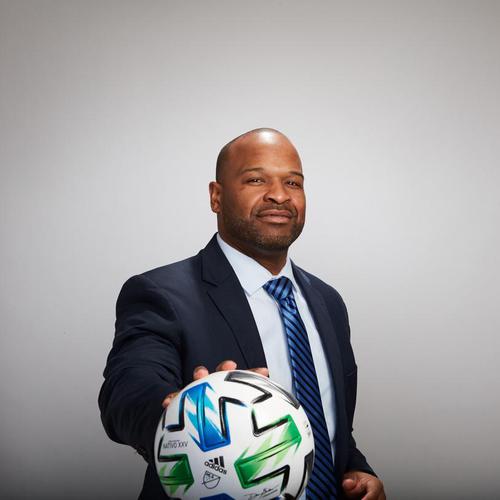 A Conversation with MLS Greats: Improving the Player Experience Through Engagement

Dr. Jamil Northcutt joined Major League Soccer as Vice President of Player Engagement in May of 2018. In his current role, Dr. Northcutt is responsible for creating and executing the strategy for player development and engagement during the player lifecycle. This includes rookie development, ongoing player trainings, career transition services, and retired player support. In developing the best practices and strategy for player engagement, he assists players in adjusting to life on the field, while challenging them to prepare for their career after retirement. Prior to joining MLS, Northcutt held numerous roles in professional and collegiate athletics, including Assistant Director of Enforcement in the Football Development Group at the NCAA, Director of Football Administration at the National Football League (NFL), Director of Player Engagement for the Cleveland Browns, Assistant Athletics Director for Internal Operations at the University of Mississippi (Ole Miss), Player Development Coordinator for the Kansas City Chiefs, and started his career in sports at the Southeastern Conference as the Championships, Administration, and Marketing Intern.

Dr. Northcutt played football at Ole Miss, where he earned the Chucky Mullins Courage Award and helped the Rebels to four bowl games, including a win in the Cotton Bowl. Selected to the 2003 American Football Coaches Association (AFCA) and SEC Good Works teams, Northcutt also received the SEC Community Service Postgraduate Scholarship. He also excelled in the classroom, garnering SEC academic honor roll each of his four years of eligibility.

Northcutt owns three degrees from Ole Miss. He earned his bachelor's degree in exercise science in May (2003), his master's in higher education and administration in December (2004), and his doctorate in higher education (administration) in August (2013). Northcutt also completed an executive education certification program at the Wharton School of Business at the University of Pennsylvania in June (2014).

He and his wife, Kimberly, also an Ole Miss graduate, were married in July 2006. They have a son, Kellen Josiah, and three daughters, Laylah Elise, McKenzie Olivia, and Ava Symone.