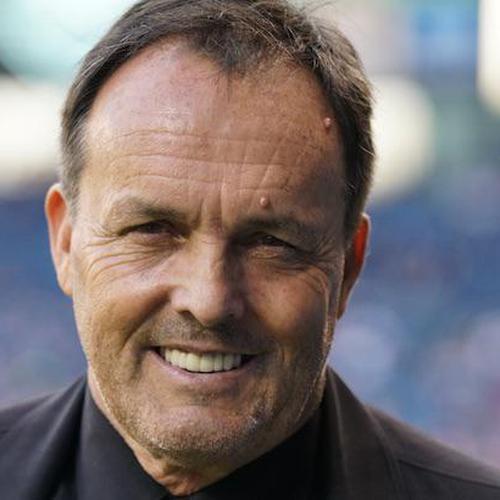 Guy has been involved in soccer in this country as a player or coach for over half a century! Coming from a soccer family (his father is Hall of Fame coach Ron Newman), Guy played at the top level in this country (NASL and MISL) and had the opportunity to play with some of the greatest players in the world. He was the youngest player on the LA Maccabee that won the US Open Cup in 1977 then went on to play for the Tampa Bay Rowdies, Ft. Lauderdale Strikers, and Miami Americans. He finished his playing career playing for the San Diego Sockers where he won numerous titles as a player.

When he moved into coaching (he received his USSF ‘A’ License in 1996), as the Head Coach of the CISL Las Vegas Dustdevils, he won the National Championship as an expansion team. He later coached with his father in Major League Soccer with the Kansas City Wizards, helping the team into the playoffs the first two years of existence with the best record in the league, before coming back home to San Diego. He has become a fixture in the local youth coaching scene as a Director of Coaching for the various clubs; enjoying numerous State Cup Titles. He currently is coaching for East County Surf.

Guy is also Head Coach of the UPSL team PSC San Diego which plays in the Pro Premier League as well as working with Pro Soccer Consulting (PSC), which looks to send young talented players all over the world in search of professional contracts. PSC conduct combines all over the country, bringing in many European scouts and coaches giving players an opportunity to show what they can do. Many of these players are now playing in pro clubs all over the world.

Guy has also been involved as one of the Far West Regional scouts for the USL and PDL, looking for young players who can step up from youth and college into the USL and finally to MLS.