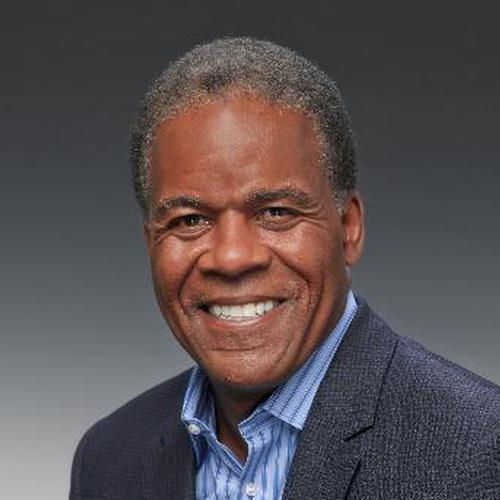 A champion of soccer as a vehicle for youth development and social change, Ed Foster-Simeon was named President & CEO of the U.S. Soccer Foundation in May 2008. He has more than three decades of experience at the local, state, and national levels of the game and has been an active member of the U.S. Soccer Foundation’s Board of Directors since 2004.

Under his leadership, the U.S. Soccer Foundation has become a nationally recognized leader in sports-based youth development. The organization places a special emphasis on programs that improve health and social outcomes among children in underserved communities. The U.S. Soccer Foundation’s work was recognized with the 2010 Steve Patterson Award for Excellence in Sports Philanthropy which is presented by the Robert Wood Johnson Foundation – the nation’s largest philanthropy devoted exclusively to improving the health and health care of all Americans. The U.S. Soccer Foundation’s work also earned a prestigious Social Innovation Fund award, in the Healthy Futures portfolio, and a Justice Department Office of Juvenile Justice and Delinquency Prevention Multi-State Mentoring award.

Prior to joining the U.S. Soccer Foundation, Foster-Simeon served as Deputy Managing Editor at USA TODAY where he was responsible for Washington, Political and Foreign news operations. At the grassroots volunteer level, he is a former Vice President of the Virginia Youth Soccer Association and past president of Prince William Soccer, Inc. — a 3,000-player recreational and travel club in Northern Virginia. In 2011, Foster-Simeon was awarded a Community Leadership Award from the President’s Council on Fitness, Sports and Nutrition (PCFSN) and in 2017 he was inducted into the Virginia-DC Soccer Hall of Fame.

Foster-Simeon serves on the Board of Directors of the Campaign to End Obesity and is a Trustee of the NAACP Foundation. A U.S. Navy veteran, Foster-Simeon holds a Bachelor of Science degree in Journalism from the University of Maryland University College. He is a native of Brooklyn, NY.