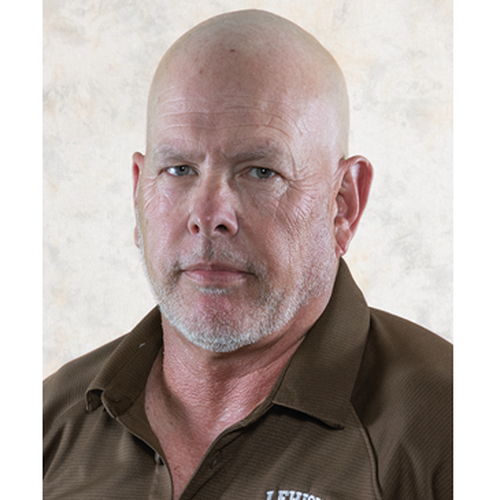 10 Essential Skills Needed to Succeed at College and Beyond

Koski led the 2019 Mountain Hawks to their third Patriot League Championship in program history and the team's fifth NCAA Tournament appearance. In addition, Koski led Lehigh to just its second-ever regular-season crown and No. 1 overall seed in the tournament. The Mountain Hawks closed out the 2019 campaign with a 13-5-3 overall record, an unbeaten 6-0-3 record in the Patriot League and an undefeated home record of 7-0-3 at the Ulrich Sports Complex. It was the fifth time in program history that a Lehigh team achieved 13 or more victories in a single season. Six Mountain Hawks received All-Patriot League honors with a program-record four student-athletes landing on the First Team. In addition to the All-League honors, sophomore Josh Luchini was named Patriot League Offensive Player of the Year and senior Will Smith was named Patriot League Goalkeeper of the Year. Luchini, Stevo Bednarsky and Trevor Koski were All-Atlantic Region selections, while Smith and Luchini were All-ECAC honorees for the 2019 season. Luchini was also named a United Soccer Coaches NCAA Division I Third Team All-American. For his historic season, Koski was named Patriot League Coach of the Year in 2019 for a league-tying record fourth time.

The 2011 season saw Lehigh boast one of the nation’s stingiest defenses. The Mountain Hawks ranked in the top five nationally in save percentage (2nd – 0.900), goals-against average (3rd – 0.41) and shutout percentage (3rd – 0.61), while allowing just eight goals and posting 11 shutouts in 18 matches. Lehigh qualified for the Patriot League tournament for the third straight season, with a 4-2-1 league mark, but the Mountain Hawks were denied a spot in the league final after losing their semifinal contest on penalty kicks after a scoreless draw to finish the year at 8-4-6 overall.

In 2010, Koski led Lehigh to its second-straight Patriot League semifinal appearance and second-straight second-place regular-season finish. Also for back-to-back years, the Mountain Hawks had a player with the Patriot League Defensive Player of the Year honors as junior Kevin Strunk won the award. In addition, Koski's team garnered numerous awards for on and off the field performance.

Koski won the 150th game of his career during the 2008 season as Lehigh downed the nationally-ranked Penn Quakers 2-1 on October 7.

In 2006, Koski guided the Mountain Hawks to their most successful season since 1998 as Lehigh won a record 15 games and advanced to the third round of the NCAA Tournament. The 2006 team rolled through league play undefeated and became the first team to go through the Patriot League schedule without a loss or a tie. Midway through the season, Lehigh broke into the national polls and was ranked as high as No. 13 - the highest ever for the program. The Mountain Hawks made it to the NCAA Tournament for the third time and, as the No. 16 seed, earned a first-round bye. Lehigh hosted the University of Rhode Island in the second round of the Tournament and defeated the Rams 5-4 in a shootout in order to advance to the third round, where Koski’s team would face top-seeded Duke at Koskinen Stadium in Durham, N.C. As a result of the 2006 season, Koski earned Patriot League Coach of the Year honors for the third time and was selected as the Mid-Atlantic Region Coach of the Year for the second time.

In 2003, Koski passed yet another milestone, as he recorded career victory No. 100 versus Navy on November 8. Koski became the first coach in Lehigh history to win 100 games, and has the most wins in school history with 152. Koski led Lehigh to 12-consecutive winning seasons from 1996-2007, which is both a Patriot League and school record. By finishing 7-7-3 last season, Koski ensured his streak of not suffering a losing season since 1995.

Under Koski’s direction in 2002, Lehigh climbed as high as No. 14 in the Division I polls and was also ranked atop the Mid-Atlantic Region’s rankings for much of the season. The Mountain Hawks earned the school’s first at-large bid to the NCAA Tournament and hosted Northeastern in the first round. For his efforts, Koski was named the Patriot League Coach of the Year for the second time.

Koski, who holds the NSCAA Advanced National Diploma and the England FA Preliminary and International Diplomas, serves as a staff coach for both the USSF and NSCAA coaching schools. The 2000 NSCAA Regional Coach of the Year, Koski also sits on the NCAA Division I Regional Advisory Committee and has chaired the Patriot League soccer coaches committee. He has been a featured clinician for the New York/New Jersey Metro Stars and the North Jersey Imperials.

"Coaching soccer is a passion for me," Koski says when asked why he decided to pursue the profession. "My degree is in education and I yearn to teach. The relationships I have been able to forge with my players is especially rewarding. To be a part of their lives and watch them develop from boys to men is a privilege."

Koski’s love of soccer can be traced back to his collegiate days where he played at West Chester University, which was a Division I program at that time. An Honorable Mention All-American, Koski was one of the top goal scorers in the East Coast Conference and served as the team captain. During his sophomore year, Koski helped lead the Rams to an ECC Championship with a win over American University. Koski continued to play 20 years of amateur soccer in Southern New Jersey and Bethlehem. He just recently retired from the Sunburst Soccer Club, one of the top men’s amateur teams in the country.

Koski says that he recruits players that exhibit the same type of characteristics that he displayed during his career.

"I want a Lehigh soccer player to be passionate, fiercely competitive and committed to being the best player, best student and the best person that he can be."

A native of Cherry Hill, New Jersey, Koski taught in grades kindergarten through 12, has coached soccer, basketball, and baseball and served as director of athletics at Moorestown (New Jersey) Friends School for seven years. It is this vast range of experience that has led Koski to his well-rounded approach at Lehigh.

"We now have a program at Lehigh that places a great value on relationships, commitment, family, and competition," Koski says. "I think the involvement in the game of soccer is just one part of the overall experience that a student-athlete gets when he enrolls at Lehigh. We have players that love to play and come here wanting to play."

Since arriving at Lehigh, Koski has signed team contracts with Nike and has established one of the most successful soccer camps regionally, drawing over 700 campers each summer.

Koski has a bachelor’s degree from West Chester University in health and physical education and a master’s degree in special education from Bloomsburg University. Koski and his wife Lisa, a first-grade teacher at Calypso Elementary School, reside in Bethlehem with their four sons, Alec, Trevor, Spencer, and Blake.