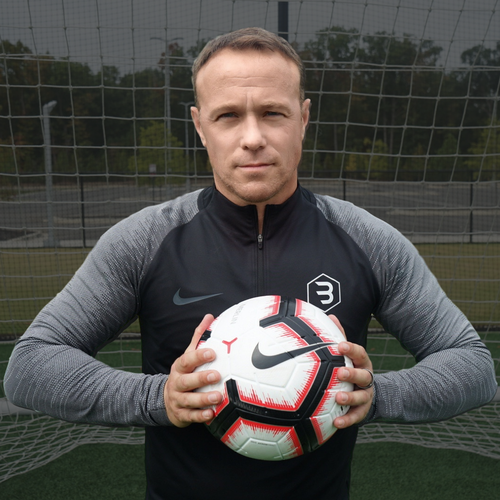 Internationally recognized as a leading figure in individual technical development, David is seen as a long-term thinker and visionary, determined to bestow a phenomenal work ethic on the next generation of soccer players. Following his success as a field presenter at 2014, 2016 and 2018 United Soccer Coaches Convention’s, David has continued to grow Beast Mode Soccer into the go-to technical training system trusted by prominent player’s of the United States Women’s National Team, Major League Soccer, English Premier League, National Women’s Soccer League and countless leagues in Europe.

Based in Los Angeles, California, David Copeland-Smith created Beast Mode Soccer in 2010 as a training system to help guide players’ technical development and to instill a proactive, progressive mindset of self-reliance and personal accountability within his clients. The result? The creation of a training culture that has attracted the likes of countless collegiate, professional, and international players such as Alex Morgan, Rachel Daly, Landon Donovan, and Allie Long, indeed 13 of the 24 2019 World Cup-winning World Cup squad have trained with David. It has also lead to the publications of award-winning at-home training guides to direct players with their technical development while they’re on their own, and in 2019 Copeland-Smith unleashed his latest innovation, the ‘My Soccer Training’ App.

In 2015 Beast Mode Soccer partnered with US Club Soccer as their technical partner with the Players First initiative which created a buzz among USCS partners with BMS producing videos each year which encourage players to take control of their development by training outside of their team practice, working on their weaknesses in order to improve themselves and their team.

Whether you are a youth club player looking to raise your game to the next level, a collegiate or professional athlete looking to fulfill your playing potential, Beast Mode Soccer will be your guide to help you fulfill your goals