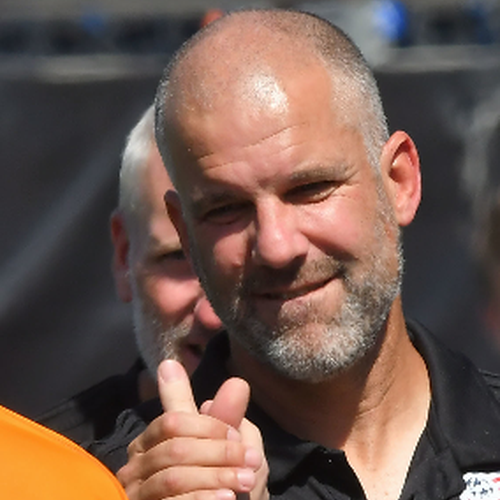 Bryan Scales has 29 years of coaching experience, including 10 years with the New England Revolution. The 2019-20 season will be his 10th year as the Director of Youth Development after being promoted to that position in November 2010. Previously he served as the head coach of the Under-16 squad from 2009-2015 before taking charge of the Under-18 team ahead of the 2015-16 season, as well as the Under-19 team.

Since becoming the Director of Youth Development, Scales has overseen 37 Revolution Academy players called into various levels of the U.S. Soccer Youth National Team, as well as the signing of each of the Revolution’s six Homegrown Players, which includes three over the last 18 months.

The Revolution signed its first-ever Homegrown Player in 2010, then 15-year old Diego Fagundez, who has since become the youngest player in Major League Soccer to make 100 appearances and score 25 goals. In 2012, the New England added its second Homegrown signing in Scott Caldwell, who led MLS in minutes played by a former Academy player in 2013. Fagundez and Caldwell became the first Homegrown field players to surpass 10,000 minutes in MLS play. In 2015, New England signed Zachary Herivaux, who has recorded playing time in both MLS matches as well as U.S. Open Cup play. In 2018, the Revs signed Isaac Angking, who made his MLS debut on Sept. 5 at NYCFC. In December 2018, the team signed Nicolas Firmino. Shortly after, in January 2019, the team signed Justin Rennicks, who debuted against Columbus Crew SC on March 9.

Scales manages the Academy staff and creates and oversees the youth teams' coaching curriculum, development philosophy and training methods. In his position as Director of Youth Development, Scales coordinates with the Revolution’s first-team technical staff on which Academy players are selected to train with the first team.

Scales was named East Conference Coach of the Year following the 2014-15 season, where the Revs U-16s advanced to the Development Academy Playoff Quarterfinals for the first time in program history.

In 2010, Scales earned East Conference Coach of the Year honors from U.S. Soccer after leading the U-16 squad to the Northeast Division title and its first-ever appearance in the U.S. Soccer Development Academy playoffs.

Scales originally joined the Revolution’s youth program in a part-time capacity as the head coach with the Under-16 program in the summer of 2009. He was promoted to Director of Youth Development in November 2010.

Prior to joining the Revolution, he served as UMass-Lowell’s head coach for men’s soccer. A product of Medway, Mass., Scales arrived at UMass-Lowell from Cornell University, where he spent 15 years: four years as an assistant coach (1994-98), followed by a successful 11-year run as head coach (1998-2008). In 2001, Scales was a finalist for national coach of the year honors after leading the Big Red to a No. 22 ranking in the polls and winning the New York region's coach of the year.

Before moving to Cornell, Scales spent time assistant coaching at Harvard (1992-94) and Plattsburgh State (1991-92) after playing at Hartwick College. On a national scale, he has been an assistant coach with the U.S. Boys’ Under-15 National Team as well as a Development Academy scout for U.S. Soccer.

Scales holds the Elite Formation Coaching License (EFCL) from the French Football Federation, a US Soccer “A” License as well as the NSCAA Premier, Advanced National and National Diplomas.

A 1991 graduate of Hartwick, Scales was a two-year starter in the midfield and defense and helped the Hawks to the 1987 and 1989 NCAA tournaments. A four-year letter winner, Scales received his bachelor's degree in political science.