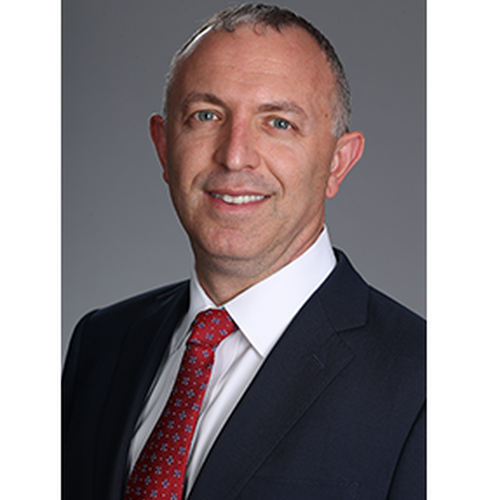 A Conversation with Bruce Arena

As President of the New England Revolution, Brian Bilello reports directly to the Kraft family and oversees all aspects of the club’s operations, including its business activities and soccer operations. He is responsible for establishing the club’s strategic vision and fostering its implementation. Working closely with the Kraft family to represent the Revolution in league matters, Bilello has served on several Major League Soccer and Soccer United Marketing committees, including the Business Development Committee, On-Field Technology Sub-Committee, Board of Governors, On-Field Competition Committee, Digital Commerce Task Force, and Chief Business Officers group.

Bilello is currently overseeing the development of the new Revolution Training Center in Foxborough set to open in 2019 as the home of the Revolution's first team and Academy. The $35-million project places the Revolution’s facilities among the best in all of MLS and includes a state-of-the-art headquarters and four new professional-grade fields.

During his tenure with the club, which has spread across 16 seasons, the Revolution has been to MLS Cup four times and has won the Lamar Hunt U.S. Open Cup (2007) and the North American SuperLiga (2008).

Prior to joining the club, Bilello was a Revolution season ticket holder, giving him an inside track on the team’s fan experience. He enjoys working directly with supporters to ensure the club continues to prioritize their experience and every touch point they have with the club.

Additionally, Bilello is leading the campaign to bring the FIFA World Cup™ to New England as the President of Boston Soccer 2026. His efforts resulted in Boston being selected as an official Candidate Host City and he continues working closely with the United Bid to position Boston to be a selected host city in 2026.

Bilello has over a decade of senior leadership and strategic management in professional sports. He joined Kraft Sports & Entertainment in 2003 and served the Revolution, the New England Patriots, Boston Uprising, and Gillette Stadium in various operational and strategic roles. As Director of Quality and Operational Control, he worked to improve the fan experience across all areas of Gillette Stadium. He has also overseen the stadium’s concessions and retail operations, and provided strategic advice to the Kraft family on a number of issues related to their sports ventures, in particular, soccer, MLS, and the Revolution.

Bilello’s experience in professional sports started prior to landing in Foxborough while working as a management consultant for Bain & Company. During his tenure with the company, he worked with clients across a variety of functions, including sports, retail, consumer products, and entertainment industries in Bain & Company’s Boston and San Francisco offices.

An avid soccer player himself, Bilello played varsity soccer at MIT while studying engineering and economics, and continues to play and coach in his free time. He lives in Massachusetts with his wife, Vanessa, and two daughters. He is a member of the Board of Directors for Boston Scores, serves on Cradles 2 Crayons’ Corporate Advisory Council, and was named to Boston Business Journal’s “40 Under 40” in September 2012.