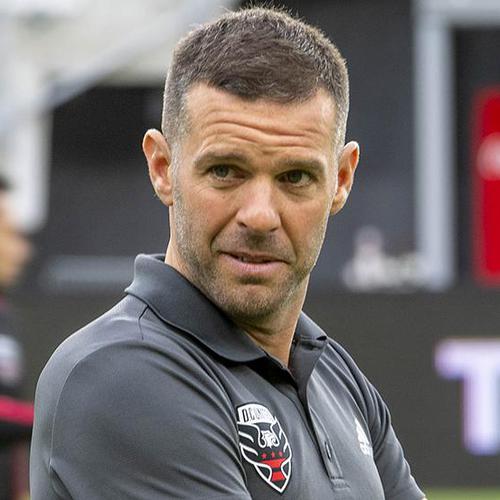 Ben Olsen is the longest-tenured head coach in D.C. United history, having served since the middle of the 2010 season. With Olsen on the sideline, the Black-and-Red have qualified for the MLS Cup Playoffs four times in the last five years, including back-to-back-to-back seasons in 2014-15-16. In 2014, Olsen was named MLS Coach of the Year after helping guide the Black-and-Red to the biggest single-season turnaround in Major League Soccer history, finishing the regular season in first place in the Eastern Conference for the first time since 2007 and with the most points in team history.

Following his retirement as a player, Olsen's coaching career began in 2010 as an assistant under Curt Onalfo. Midway through the campaign, Olsen replaced Onalfo, making his debut as Interim Head Coach on Aug. 7 at New England. Olsen won his first match in charge on Aug. 22 against Philadelphia and was hired permanently on Nov. 29, 2010. At 33 years old he was the youngest coach in Major League Soccer. In 2012, Olsen guided D.C. United to the MLS Cup Playoffs for the first time in five years and was named as a finalist for MLS Coach of the Year.

Olsen also had an illustrious career with the U.S. Men’s National Team, earning 37 caps and scoring six goals. He was a member of the 2006 World Cup team and part of the team that reached the bronze medal game at the 2000 Sydney Olympics. Olsen made his full international debut against Australia on Nov. 6, 1998, and scored his first goal against Chile on Feb. 21, 1999.

Prior to his professional career, Olsen spent three seasons at the University of Virginia from 1995-1997. During his time with the Cavaliers, the team posted a 56-8-8 record. The midfielder compiled 34 goals with 41 assists and started and played every game (69) of his collegiate career. After his junior season, he was named the 1997 Soccer America Player of the Year and was a finalist for the Hermann Trophy.